Our 2019 “Rencontres de Mai” will take place in Trois-Épis (Alsace, close to Colmar) from May 30th to June 2nd in “Maison d’Accueil Notre-Dame des Trois-Épis”. They are jointly organised with the Origami Alsace association. 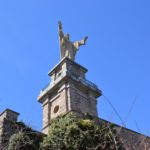 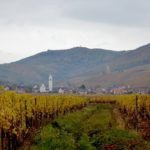 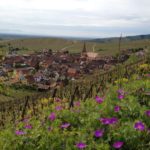 The timetable of this event is divided in different workshops and classes of various levers (usually four periods per day with parallel sessions), lectures or talks, as well as exhibitions of guests and participants” works. There might be other highlight such as collective projects, games, visits. If you have any ideas or proposals, feel free to share them to us !

It’s also an important event for the association which organises its ordinary general meeting.

Registration for the convention includes the access to any workshop during the booked period, a welcome pack that includes paper and surprise goodies as well as a convention booklet with diagrams from invited folders, participants and other contributors. Feel free to propose your own models to be included. Further details are available below.

Access to workshops and classes is free within the limit of the number of available seats. You can register to workshops during the day with a pre-registering form, which is made public every morning when the convention opens.

Workshops start at 9AM, except for the first day (10AM). 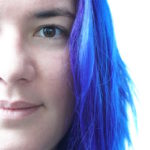 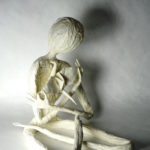 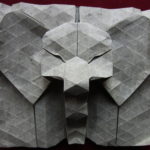 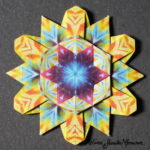 I was two years old when my Japanese grandparents and my father started to fold with me. According to my mother my first model was a traditional crane. Since then my mother always had paper with her, so I could fold everywhere and I did exactly that. She also folded a lot with me and bought me my first book.

It was not until 2008 that I found someone else to fold with. I met Daniel Chang and together we explored this huge universe of paper art and started to design.

My own style and my point of view about Origami changed through time. First I was addicted to tessellations and still am, but nowadays I’m more into free folding and sculpting the paper. I love the mathematical aspect of Origami and I love Origami as art, being creative with just one piece of paper.

So over the years my art traveled around a bit and some pieces were part in art exhibitions around Europe as well as in Israel, USA and Canada. 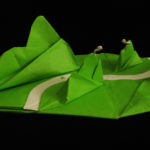 Boating through the mountains 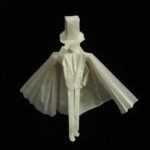 Thanks Terry Nicholas for publishing the books, that in January 2011, I found in online shop the Chinese translation of Best Origami series books written by him and Roman Diaz, which opened the door of a new world to me. I never thought paper folding can be so beautiful, nice, lifelike, difficult, with a wide range of subjects. Later I gradually knew more artists and their amazing models. Gradually, I started to design my own models.

Thanks Joan Sallas for introducing Marieke, Nick and more folding friends to me, showing paper folding history researching, and supporting me a lot on diagrams drawing and so on.

As I liked painting when I was a child, I focus on the color change of paper folding. Most of my models are from one piece of uncut duo-colored paper. I also want my models to contain some poetic meaning, not only an object. For me, if the audience enjoy the model and get an aesthetic feeling, that’s enough, no matter the design is simple or complicate. Recently I want to design more models of Chinese subjects, or even classic Chinese ancient poems.

As I like Chinese ancient history and literature, I’m also researching on and want to reveal the history of Chinese paper folding during the thousand years. I’m also working with some Chinese folders together to organize books/e‑books of models designed by Chinese folders.

I also hope I can make my own book in the future. 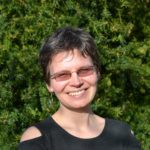 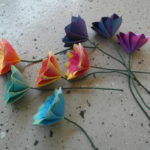 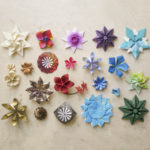 Dáša Ševerová was born in Slovakia where she spent first 30 years of her life. She studied Mathematics and Biology and was working several years as a highschool teacher at a school for gifted children. After her son was born, she moved with her family to Geneva. Already during her time in university she was amazed by modular origami when a friend showed her the Penultimate Module by James Planck and when she learned how easy it can be to construct different polyhedra without glue.

Fortunately, a small origami group was meeting regularly in Geneva and thus she could continue to explore origami even more. The Geneva group organizes origami convention every two years. There she also met her first origami creators Roberto Gretter, Joan Sallas and Carmen Sprung, who inspired her greatly and showed her that the world of origami is even much wider than she thought. From the very beginning she was interested in geometrical origami, in models in which the beauty of the form and symmetry is strongly present.

With the growth of the Internet as an important source of inspiration, her exploration of modular origami was soon followed by tessellations, one sheet models like boxes, stars and fractals, and also models made from paper strips. Along with all of these came her first small ideas about how to “improve” or extend existing models or make her own variations. Her creative process can be shortly described as playing with paper and catching instances of beauty hidden in the forms she plays with.

Many of her creations of the last 10 years now have published diagrams, clear folding sequences delicately drawn by herself and available in her recent book “Origami Journey”.

Dáša has never stopped enjoying teaching and continues doing precisely that in origami workshops. As a former math teacher she is also very interested in ways how to use origami in schools for better and deeper understanding of geometry. She is an enthusiast maker and loves to work with different materials like fabric, wool, metal and combine it with paper.

Her enthusiasm is contagious as is her eagerness to learn and explore – this makes her origami workshops fun and inspiring to folders irrespectively of how much experience they bring along. 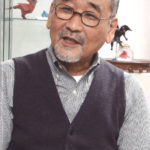 I am now 74 years old, but when I was young (in the early twenties) I travelled around all the western Europe. Yes, that is right ! I was a hippie, as it was called at that time. After the long travel around Europe, where I had been quite a few times, I ended settling down back in Japan.
Thanks to a reference of an acquaintance, I became a staff member of Nippon Origami Association (NOA). For me, it was a great environment and I learned a lot about the origami world. A few years later, I became independent, and started Origami House. And with a group of young creators that gathered there, we formed the Origami Tanteidan (Detectives). That was the beginning of the organization that is now called Japan Origami Academic Society (JOAS). As I pro-actively participated in the overseas conventions in France, UK, Italy, USA, Korea, I was able to make a lot of good friends. In particular, I participated at the OrigamiUSA convention for 24 continuous years. I am a very fortunate men, blessed to have met so many great people. I had many failures in my life, and Origami became a treasure that helped me get reintroduced to the society, resulting in 130 origami book titles throughout 40 continuous years.

Registrations to the Rencontres de Mai 2019 are processed as they come and are open until Max 13th 2019.

You can join using the online registration form or using the paper version available in PDF format. A confirmation of you registration will be sent to you by email within a week.

Minors must be accompanied by an adult. Please do not forget register the accompanist as well.

Payment can be done by cheque, bank transfer or Paypal (with a 6% fee). Cheques are cashed once a month after the 10th.

The fees are as follows :

You will be fully reimbursed for any cancellation until March 25th 2019. After this date, 20€ will be held until May 15th 2019. Reimbursements for accommodation or meals are possible if the association find a replacement, or if the host bears its own costs. That is why, refunds and cancellations after March 25th 2019 will be processed at the start of June 2019 :

If you want your diagrams and crease patterns to be published in the convention book, you can submit them now, and before April 1st to rencontres@mfpp-origami.fr. All documents will be printed in grey scale on A4 papers. Submissions are preferably to be sent in PDF format. If you diagram is accepted, you will received a numeric copy of you author version of the convention book. You can also order a physical copy if you so wish.

Colmar and Trois-Épis are both famous destinations during the Ascension, please book your accommodation as soon as possible !

The Maison d’Accueil Notre-Dame des Trois-Épis offers up to 90 rooms including simple, double or triple bedrooms. You can chose full board or only bed and breakfast. Booking are handled by the association. The pricing grid for convention participants follows.

Rooms at Villa Rosa have also been booked for participants. It is located next to the convention venue, and includes a pool and a sauna. Booking is made in a per-room basis for simple, double or triple-bed rooms, for the entire duration of the convention (Thursday, Friday and Saturday night). Breakfast is included.

You are also free to take care of your accommodation in any places you want. Please keep us informed, so that we can put through participants that are hosted in the same place if they want to. A shuttle will pass next to Camping le Médieval of Turckheim (mobile-home are available) and B&B Colmar Vignobles Hotel.

For these housing and other places, you are responsible of booking them separately.