Our 2018 “Rencontres de Mai”, the French Convention will take place at the Congress Centre of Aix-les-Bains from May 10th to 13th.
As special guests, we’ll be pleased to welcome Dave and Assia Brill, Alessandra Lamio, Nicolas Terry and Eric Vigier.
This event will mark the 40th anniversary of the association.

(Quick link to the Registration Process)

The French “Rencontres de Mai” offer privileged moments to meet and share with other paper folders.
The timetable of the four days is divided in different classes of all levels (usually 4 periods per day with several sessions at your choice), lectures or presentations, as well as an Exhibition with guests and participants’ models. There might be some other highlights such as collective projects, games, outings. If you have any ideas or proposals, please feel free to share them with us !

Your booking will also include a book with guests’ diagrams as well as participants or other folders’models. You can propose yours for publication.

On Saturday night there will be a festive meal to celebrate 40 years since the founding of the MFPP. 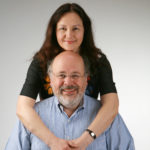 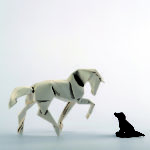 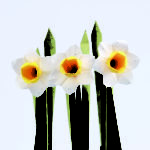 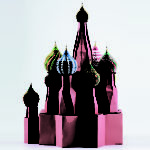 I was introduced to origami when I learned the traditional flapping bird as a 5 year old. I joined the British Origami Society in 1974, and met many other enthusiasts who encouraged me to develop my own designs. I was BOS Chairman from 1995 to 2004. My book Brilliant Origami was published in 1996 and sold more than 25000 copies before going out of print 10 years later. I have recently been elected BOS President, a non-executive role which will run from 2018 to 2021. I have worked with many styles of origami : the representational (animals, figures, scenes), the geometric (unit constructions), the practical (boxes and containers) and so on. My origami work is influenced by my other main artistic activity as an oil painter : in fact, each enriches the other ! I have travelled worldwide to share origami at conventions and exhibitions. Origami knows no barriers, neither linguistic, nor political, nor cultural.

Since my earliest experiments with origami as a child, I’m still surprised by the extraordinary results obtainable from the simplest raw material. The folder has no need for any equipment, simply the paper and his hands. Indeed, the restrictions of the square of paper and the unwritten rules of origami (no cutting, gluing, or decoration) encourage the folder to overcome apparently impossible technical constraints.
After many years, I am still intrigued by origami’s endless possibilities : by unexpected movements of the paper while folding, and by the results obtained, either extraordinarily complex or daringly simple.

Born in Kazan, Russia, I read about origami courses given by Sergei Afonkin (St Petersburg) in a newspaper article in the early 90’s. I enrolled and studied with him by correspondence course for 5 years, receiving a teaching certificate, then an origami master diploma. I took to origami quickly and easily, maybe because of my engineering background and love of handicrafts. The origami universe reflects the entire universe !

I taught origami to adults and children in Kazan for 10 years as supplementary education teacher in schools. I received an award for my detailed programme for origami in schools for the Ministry of Education in 1994. In 1998 I published privately my own book, Origami : hand made articles from paper. I first met Dave in Moscow at an international origami exhibition at the Darwin Museum of Natural History in 2000, where I exhibited some of my work. Later that year I travelled to Japan on a Japan Foundation award, as a result of my teaching activities.

Based in Pforzheim Germany from late 2000, I continued my origami work as a creator and a teacher at adult education institutes. I joined Origami Deutschland and attended their conventions, as well as meetings in Europe. I moved to England in 2008, where Dave and I married in 2009. Since then we have attended many origami events together internationally.

My book Curlicue Kinetic Origami was published in 2013, and has sold well since then, this fascinating original style of origami appealing to many enthusiasts. 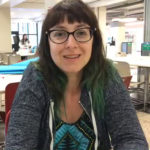 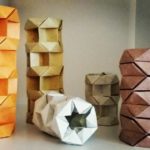 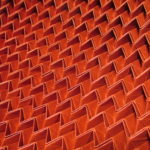 She got in touch with the origami universe at first when she was a child, but she developed a strong interest in it only in medical school, when she heard about the use of Origami in therapy.
Since 2014 she is a full-time professional freelancer : She organises exhibitions, origami labs and training for teachers, but she also creates models on commission.

She was a member of the scientific committee at the three Italian conventions “Origami, dinamiche educative e didattica”, addressed to teachers and educators with the aim of promoting and spreading the use of origami as a teaching tool. Together with Alessandro Beber, she conceived and organized the two editions of “Mountain Folding”, a summer residential convention focused on creativity and teamwork. Between 2015 and 2016, she organized and curated the exhibition “Mujeres de Papel”, a tribute to femininity, exploring the role of women in the origami scene.

She has exhibited her works in art exhibitions dedicated to origami in Italy, Spain, Taiwan and USA.
In her own origami production, she explores various genres, with a particular focus on volume in tessellations, in geometric and figurative models.

Most of her geometric works were invented empirically by playing with geometry and patterns. Since they are designed instinctively, without taking into account any geometric rule, they often have internal tension that make their collapse particularly tricky and fun. 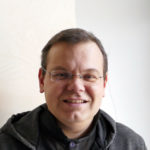 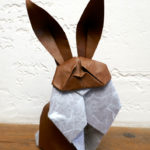 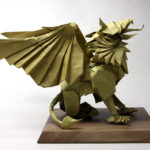 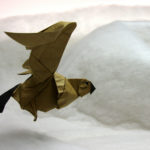 Creator, author and publisher of origami books, I also like accompanying the artists by valuing their work.
Apart from origami, I help people in their personal fulfillment. 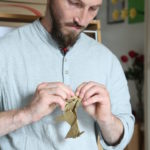 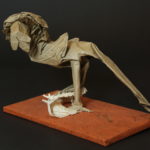 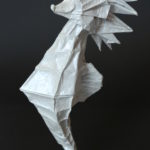 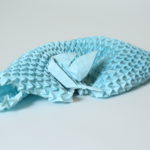 You could tell the story of “Le Plieur Fou”(the Mad Folder) in two parts. The first one would be the fascination for this art since 1997, through the first creations in 2002, rather classic ones, and exhibitions from 2003 until 2013. Almost eighteen years folding every day, developing all styles and techniques and such improving my artistic talents.

This passion without limit leading to the second part for I actually became an origami artist in 2014 when I started feeling free from conventions and influences. From then on my creations became like a mirror and a part of my personality, aware I’m not perfect. For the search for perfection leaves no room to imagination when you create. My artist’s soul has learnt to suffer from this contradiction. Success is not linked to perfection.

The bookings for the “Rencontres de Mai” 2018 will be handled in the order of reception.
You can join by completing the online booking form or by downloading the paper form in the format PDF (then you can send it to us by e‑mail or by post to the address of the Association). It is essential to answer as quickly as possible so that your booking is taken into account. Confirmation of your booking will be sent to you by e‑mail.

Payments should be made by bank or postal cheque, bank transfer or paypal. Do not send any fees with your booking form. You will receive a booking confirmation indicating the amount due to validate your bookings to the “Rencontres de Mai” 2018.

Please notice that this year the Association will not take care of the accommodation bookings. As there are several possibilities of restoration nearby, meals will not be available through MFPP except for the festive meal on Saturday night.

The fees are as follows :

The Book of the “Rencontres de Mai”

If you wish to suggest diagrams and CPs to be published in our 2018 Book, you can send them from now on and before April 1st to : rencontres@mfpp-origami.fr. The documents will be printed in levels of grey. They are to be sent rather in the format PDF.

If your diagram is selected, you will receive an author’s copy.

Aix-les-Bains is quite a famous destination at this time of the year, so please book for your accommodation as soon as possible.

“Les Loges du Park”, an apart-hotel reached in a few minutes’ walk from the Congress Centre, will provide you with rooms at a very special rate (booking only by calling : +33 (0)4 79 35 74 74 and specifying you will take part in the Origami « Rencontres » during Ascension Holiday). Free cancellation up to 48 hours before your arrival.

Price list as follows for the participants to the “Rencontres de Mai” 2018 :

You might also choose another accommodation. Please let us know so that we can help you get in touch with other people in the same hotel.

How to get to the “Rencontres de Mai”