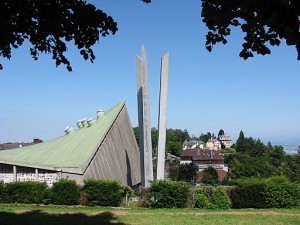 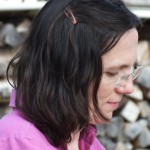 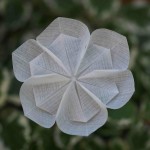 What fascinates me more in Origami is the geometry hidden in the paper. I like to explore beyond the limits of the square, the beauty of hexagons, pentagons or rectangles. I’m particularly fond of stars which sometimes become flowers. In 2011, I self-published my first book : Origami 21 Sterne.

You can see some photos of my models online at : www.flickr.com/origamiseiten , www.origamiseiten.de. 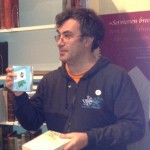 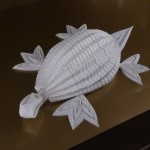 At 48, Joan Sallas is considered the world’s best napkin-folding artist. He has brought back to life the Baroque art that appeared in Italy at the Renaissance period and reached its peak in German-speaking countries during the 17th century. He re-discovered those techniques studying ancient prints and document that described royal banquets. You can see one of his latest exhibitions on website of the Spielzeug Welten Museum Basel. 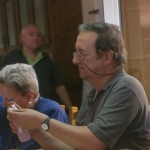 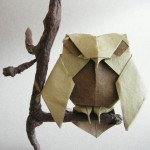 I was born in Sevilla in 1949. My father was himself a good paper folder and he taught me when I was a child. I started creating my own models (about 200 in total) when I was about 18. I am a member of the Grupo Riglos and author of three origami books. I’m a professional art historian and documentalist currently working at the Complutense University of Madrid. As a documentalist, I have written an origami bibliography. I have also written a few articles for Pajarita, the AEP’s magazine, about my historical research in origami. 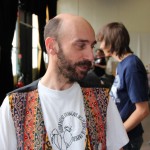 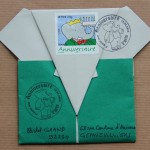 Michel Grand is a professional postman and folds mainly envelopes. He has been an active member of the MFPP for 30 years and travels the world to attend origami conventions where he has sealed some longtime friendships.

His models are always technically simple and offer an amazing variety of elegant and stylized shapes. They are also suitable for sending through postal services, thus becoming a symbol of sharing and friendship between folders around the globe. Moreover, this humble creator has amazing encyclopedic knowledge on the history of origami. A few of his creations can be seen on : ELFA-exchange Origami Mailart.